The number of vegans are on the rise. There are many trends converging to create the conditions for people to try veganism. The fast growing community of vegans, varied vegan recipes, new vegan products and an explosion of vegan restaurants are all contributing to this movement. There are more people searching for the keyword 'vegan' than 'vegetarian' on Google. These search trends are good indicators of the rising popularity of this diet.

The focus of this post is to help you understand how DNA or genetics can help different individuals personalize their vegan diet to ensure that they have all the required nutrients they need, for a healthy and long life. We will start with the common reasons individuals choose to opt for a vegan diet. We'll then go through scientific studies supporting it, evolution of humans on a plant based diet, common nutritional challenges and how you can use DNA to personalize your vegan diet.

Why do people go for vegan diet?

There are multiple reasons for people to try a vegan diet.

Lose Excess Weight
Many people turn to vegan diets to lose weight. Vegans have lower body mass index than non vegans and that’s why they look thinner. Typical vegan diet is high in fiber and low in calories, and both of them tend to result in weight loss. Several randomized control studies have reported these results (Mentioned in point number 2 here https://www.healthline.com/nutrition/vegan-diet-benefits#section2)

Health condition improvement
Some people on vegan diets and who have an existing condition of diabetes, heart disease or cancer, see improvements. Vegan diets don’t have processed foods and are mostly high in antioxidants and phytonutrients.

Proactive prevention against cancer
Diet plays a big part in cancer prevention. There are observational studies around the effect of adding legume, fruit and vegetable rich foods helping. Avoiding processed foods and meats also helps in reducing chances of cancer. Many people go for vegan becuase of these reasons and particularly if they have a family history of cancer.

Ethical reasons
Many people believe animals are sentient beings and should have their right to live. They should not be killed for our food when we have other options to eat to live.

Environmental concerns
Many people do it to reduce their impact (carbon footprint) on the environment by reducing carbon emission.Research from the University of Oxford indicates that cutting meat and dairy products from your diet could reduce an individual's carbon footprint from food by up to 73 per cent.

Meanwhile, if everyone stopped eating these foods, they found that global farmland use could be reduced by 75 per cent, an area equivalent to the size of the US, China, Australia and the EU combined.

Not only would this result in a significant drop in greenhouse gas emissions, it would also free up wild land lost to agriculture, one of the primary causes for mass wildlife extinction.”

You were born a vegan
Your family or the culture you were born into was always vegetarian or vegan oreinted.

The concept of food is essentially a choice between two things, what is available to eat as well as what a species has evolved to eat. Based on the dietary habits of our ancestors, we have been ‘pre-programmed’ to prefer certain foods over others. This is because their diets have shaped their genetic blueprint which they have passed on to us.

The human genome contains DNA regions that contain two genes that are called “fatty acid desaturase 1 and 2,” or simply FADS1 and FADS2. These two genes are in control of how the body converts short-chain poly-unsaturated fatty acids (PUFAs) to long-chain PUFAs which promotes the health of many tissues, such as the muscles and the brain.

A recent study that was conducted at Cornell University demonstrates that vegetarian diets of European farmers resulted in an increase in a gene variation, or allele, that signals cells to create enzymes that helped farming individuals metabolize plants.

Ancient DNA analysis shows that the animal-based diets of European hunter-gatherers favored another version of the same gene, namely one which limits the activity of FADS1 enzymes and is thus more suited for individuals with meat and seafood-based diets. This was prior to the arrival of humans’ farming. As such, analyses demonstrate that this allele frequency or prevalence decreased among Europeans that practiced plant-based diets. This was until the Neolithic revolution, after which the frequency rose significantly. At the other end of the spectrum, frequency of the opposite version of the same gene increased until the arrival of farming, decreasing sharply after that.

Lastly, in addition to diet-specific gene frequency changes, location specific changes have been observed as well, whereby a frequency gradient of these alleles was noted from north to south since the Neolithic era. Farmers’ diets were mostly plant-based in the south, whereas the northern diets were more marked by dairy as well as seafood.

Personalize your Vegan diet with your DNA

Any diet that omits certain food groups need special consideration to have all the essential nutrients. On top of the diet our genetic variations play a significant role in how our body absorbs different nutrients from different foods or supplement sources. Based on your genetics you have to pay special attention to specific nutrients and the intake quantity of nutrients that you are at higher risk of being deficient at.

1. Fatty acids - Omega 3s: EPA and DHA - FADS genes
Dietary fatty acids are very important for many health outcomes and diseases, especially cognition, mental health and heart health. Omega-3 fatty acids are polyunsaturated fats, a type of fat your body can't make. The three main omega-3 fatty acids are alpha-linolenic acid (ALA), eicosapentaenoic acid (EPA), and docosahexaenoic acid (DHA). ALA is found mainly in plant oils such as flaxseed, soybean, and canola oils. DHA and EPA are found in fish and other seafood. A small percentage of alpha-linolenic acid can be changed via the enzymes produced by FADS1 and FADS2 genes into eicosapentaenoic acid (EPA) and docosahexaenoic acid (DHA).

People with AG or GG variations of the SNP 1535 have even lower conversion rate of ALA to EPA and DHA - 25% to 50% reduced efficiency respectively. Vegans with these variations have to be extra careful and work on getting their EPA and DHA from algae or microalgae oil supplements.

2. Vitamin B12 and homocysteine levels - MTHFR and MTRR genes

Studies have shown that because of lower intake of Vitamin B12, vegans have a higher chance of B12 deficiency and elevated plasma homocysteine levels. The methylation of DNA is strongly linked to homocysteine metabolism. Since DNA methylation is an important epigenetic factor in the regulation of gene expression, alteration of the methylation pattern has been associated with aging, cancer, atherosclerosis and other diseases.

People especially vegans with risk variants of MTHFR and MTRR genes will need even higher amounts of B-12 to reduce the deficiency and methylation risk.

Vitamin K1 and K2 are two forms of Vitamin K. Vitamin K1 is found in plants and Vitamin K2 in animal products and fermented foods. Vegans can have reduced intake of K2 foods. VKORC1 and GGCX genes impact the level of active Vitamin K metabolism. APOE gene also impacts the absorption and transport of fat soluble nutrients like Vitamin K.

Active form of Vitamin A is converted from beta carotene in the food that is used by the cells for biological functions. BCMO1 genes variants affect this metabolism. People with risk variants have very low efficiency in converting beta carotene to active form of vitamin A. Vegans and vegetarians need higher amounts of vitamin A or need to use pre formed sources of vitamin A or retinol. CYP26B1 gene is also involved in metabolizing and breaking down retinoic acid and thus plays a role in the vitamin A status in the cells.

People with G type of genetic variant rs4820268 for gene TMPRSS6 have high chances of being deficient in iron. Vegans with this type need to be very careful about their iron intake and should take vitamin C with non heme sources of iron to increase the bioavailability.

These two are also very important fat soluble nutrients that require special consideration in the vegan diet. CYP4F2 and CYP2R1 genes affect the absorption of the vitamin E and Vitamin D. These should be used to determine the daily amount and supplements need as well. People with AG variant of rs1695 of GSTP1 gene may need to avoid Vitamin E supplements as it may increase inflammatory cytokines in the blood.

You can see your individual genetic adjusted nutrition needs in Gini Health app. We are building more features to make it super easy for vegan people to make sure they are hitting all their personalized needs through their diet.

Take this survey if you are a vegan

Several anthropological analyses have looked at the importance of diet during human evolution, and it is believed that dietary habits have lasting effects on us through our genetic profiles. Scientists also believe that dietary differences contribute to the dramatic morphological changes 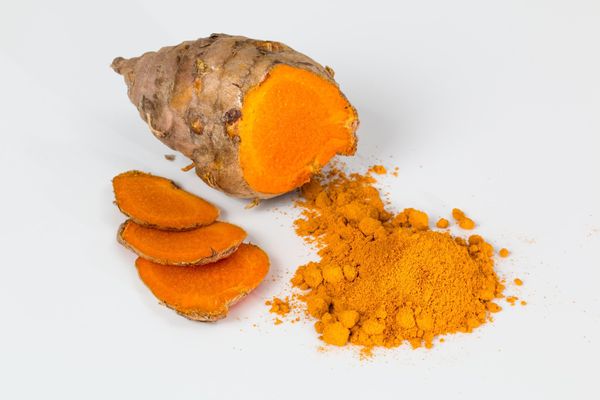 Have you heard all the rage about curcumin as a new health supplement? From turmeric shots to turmeric lattes this golden spice is rising in popularity. Have you wondered what