Evolution of the Brain

"A chimpanzee can't win an argument with a Homo Sapiens, but the ape can rip the man apart like a rag doll." - Yuval Noah Harrari, Sapiens

It's a no brainer (pun intended!) that evolution selected for big brains to build tools so that humans wouldn't have to wrestle with apes or other animals for survival.
But if brain size were the only indication of intelligence, wouldn't you think elephants (with brains three times larger than the human brain) would be ruling the planet?

There are a number of other factors besides brain size that contribute to intelligence, to include the number of neurons in the cerebral cortex and brain to body mass ratio.

A big brain requires a lot of upkeep, as it has a huge energy requirement. The human brain (ranging from 1200-1400 cubic centimeters) may make up only 2 to 3 percent of total body weight, but it uses almost 25 percent of the body's energy at rest. [1]

In simple terms, an average human consuming 2000 calories for the body's metabolism is using 500 calories just to keep the brain functioning.

That's a lot of energy being directed solely to the maintenance and upkeep of our brains.

There's a theory that great apes were held back from evolving larger brains because they were simply unable to eat enough to fuel such a large organ. If this theory is correct, then our ancestral humans spent more time in search of food than the apes, and most of this energy was used in fueling the brain rather than fueling muscles. Lucky for us, that turned out to be a better strategy for survival.

One of the most important evolutionary tools was the use of fire to cook. Our ancestors started using fire to cook energy dense foods like grains and potatoes that they could not digest in their natural forms. This made it easier to chew and digest what they were eating.

While apes and chimpanzees had to spend hours chewing raw foods, humans could cook for many at a time and chew and eat much faster.

Cooking enabled our ancestors to eat a variety of foods, regardless of having shorter intestines and smaller teeth. Some scientists believe that human evolution optimized for larger brains instead of long intestines to control the energy requirements' consumption.

All this happened because of positive changes resulting from the advent of cooking. This put humans further ahead of other animals and species in controlling the environment for their survival and growth.

Early hominids and humans adapted to consuming fish, which provided them with Docosahexaenoic acid (DHA), the most abundant omega-3 fatty acid in cell membranes in the brain. This was again a very important event, as the human body can't make DHA by itself and needed an external source. Establishing that access helped with brain development.

It's also worth noting that over the past 100 years, the intake of saturated fatty acids, linoleic acid and trans fatty acids has increased dramatically in developed countries, whereas the consumption of omega-3 fatty acids has decreased. This might explain the elevated incidence of major depressive disorder in these countries.

Genes Responsible for the Cognitive Evolution

There are two genes that have been investigated and are thought to be responsible for the cognitive abilities of humans. These two genes are microcephalin and ASPM. [2]

Micrcephalin contributed to the evolution of Homo Sapiens from the chimpanzee lineage. [3,4]

After the emergence of humans, Microcephalin seems to have shown a slower evolutionary rate. Conversely, ASPM showed its most rapid evolution in the later years of human brain development, once the divergence between chimpanzees and humans had already occurred.

The changes in the DNA sequences of these genes accumulated to bring about a competitive advantage and higher fitness that humans possess in relation to other primates. This comparative advantage is coupled with a larger brain size, which ultimately allows the human mind to have a higher cognitive awareness. [2]

The Cost of Evolution

Evolution obviously doesn't happen overnight. It is a combination of lifestyle changes and implementations of new skills. Our bodies had to adapt and so did our brains. We advanced as a species as human evolution continued to select for bigger brain size and improved cognitive awareness. Yet as great as this may seem, it came at a cost to us.

As we acquired new physical as well as mental skills and our brains adapted, the potential for possible problems grew.

It is similar to comparing a simple machine to a more complicated one - with more features also comes the risk of more frequent problems. As we acquired more alleles, our propensity for mental illness increased as a result.

Looking to the Future

If you have already conducted genetic testing, or you are interested in finding out more about brain health and how it applies to you, please send me an email to [email protected] or ask for an invitation at https://ginihealth.com/. We are on a mission to make nutrition personalized for everybody, with a goal of increasing both health spans and lifespans. 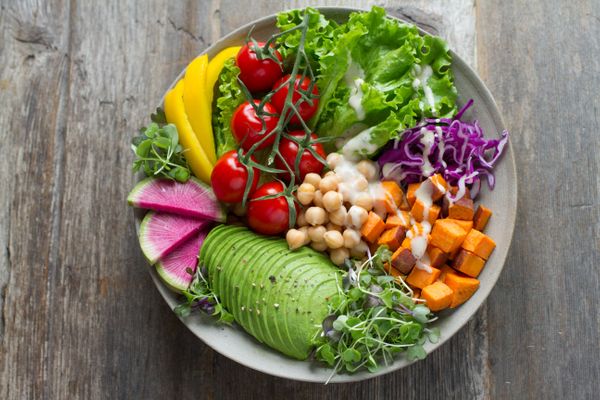 While it’s definitely important to be conscious of what you’re eating - how you’re eating is just (if not more) important. Here’s where the concept of 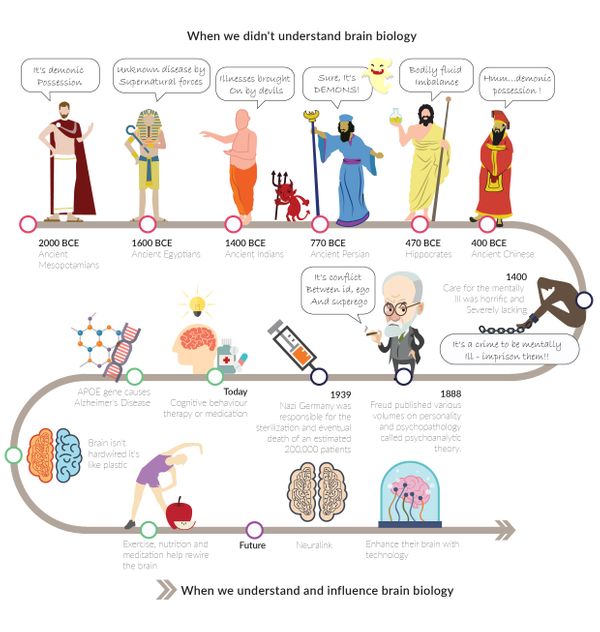 This is first in the series of mental health blog post series. Over time, researchers and physicians have begun to think that mental illnesses and conditions result from abnormal or irregular biology which is influenced by genetics and environment.