Epigenetics is a biological process to switch genes on and off. Even though as humans we have the same DNA, the different combinations of genes that are turned on or off makes us unique. This turning on and turning off of genes is called gene expression.

Epigenetics is impacted to a great extent by what you eat, and other behaviours like exercise and your lifestyle. It makes chemical modifications to turn your genes off or on. This means that you can influence your genetic destiny through ideal nutrition and lifestyle to control the expression of your DNA.

In some ways this makes epigenetics much more important than your DNA. Think of your DNA as the hardware and epigenetics as software that you inadvertently code based on your lifestyle, diet and environment. This also includes a lot of what your ancestors experienced and passed on to you. Epigenetic information is thought to be carried forward from generation to generation. Recent research shows that epigenetic memories are carried forward in nemotodes for 14 generations. Read more here.

Before we launch into how epigenetics impacts you, it’s important to start with the basics.

DNA methylation is the epigenetic mechanism that modifies the function of the genes and thus gene expression. It’s done by adding a methyl group (CH3) to the nucleotide cytosine (C) - one of the four main bases found in DNA and RNA. The removal of a methyl group is called demethylation. The other bases are adenine (T) , guanine (G), and thymine (T).

This is another type of methylation occurs when a methyl group is added to protein called histone. You DNA is wrapped around this protein and whenever the DNA is read it’s wound and unwound from this protein. The location of a methylation on a histone protein can result in a genes being exposed or hidden away, impacting gene expression.

Active DNA methylation and demethylation is required for a healthy body and mind. Every single cell in your body undergoes this process. Considering you have close to 30 trillion + cells in your body methylation happens billions of times per second. It is a biochemical process that involves moving a methyl group from one place to another. This methylation process essentially controls your gene expression and silences genes when it occurs on top of them. This means that those genes won’t be read properly.

Among a lot of functions, methylation is thought to help:
Detoxify heavy metals and toxic chemicals in your body.
Repairs damaged cells
Optimizes the cell function
Regulates neurotransmitters like dopamine and serotonin - which governs mental health

Methylation also helps turn homocysteine, an amino acid found in your blood, to methionine - another amino acid that is critical for the body. Methionine helps build proteins, repairs cells, helps you control inflammation and is essential for liver functions that help you detoxify your body. Homocysteine on the other hand mostly comes from consuming meat and is thought to contribute to heart disease and other health conditions. So what happens if you can’t process homocysteine efficiently?

MTHFR is one of the most extensively studied genes and it governs your critical methylation process. It is one of the 20,000 genes in your body. Consider it an instruction sheet for creating an enzyme called MTHFR (Methylenetetrahydrofolate Reductase), which plays a critical role in converting amino acids - the building blocks of proteins.You can overcome the negative effects of this widely prevalent gene polymorphism and all the scary health conditions it has been linked to via the right diet and lifestyle.

Two MTHFR gene variants have been identified and studied - C677T and A1298C. It is so widely prevalent that almost everyone in future generations are likely to end up with it. Approximately 50% of the US population is thought to carry at least one SNP,. About 25% of people who are Hispanic have this polymorphisms, and 10-15% of people who are Caucasian is likely to have two copies of C677T.

You can check up on this gene quickly on Gini. Just go to Folate in our free reports.

Depending upon what allees you have, your MTHFR production ability can be drastically impacted. At each of these genes you can have none (wild type), one (heterozygous) or two (homozygous) mutations.Of course, epigenetics also plays into this and it could be that your genes aren't being expressed the way it should be. A blood test for your homocysteine levels might be one way to go to confirm it, but then again homocysteine can be impacted by hypothyroidism, chronic conditions like obesity, diabetes, high cholesterol, physical inactivity, high blood pressure, medications, smoking and ageing.

This means that going by a dietary intake reference and eating your 5 servings of spinach won’t work. You have to understand which polymorphisms exist, how it impairs your absorption, and change your serving sizes accordingly.

From a detoxing perspective, imagine you eat a lot of fish higher up on the food chain like Tuna where a lot of lead and mercury accumulates. This combined with a reduced efficiency in detoxification can prove detrimental to your body.

Folates plays an important role within your body and provides the all important methyl group for methylation. Consuming foods high in folates would be the easiest fix and you have to use a gene adjusted value rather than going by a dietary intake reference. This folate is then converted into methyl folate, the active form of Vitamin B9, which is absorbed by your body. "Folate" in general refers to a complicated family of nutrients found in both plant and animal foods. You can easily use Gini to search for foods high in Folate content.

Green leafy vegetables are among the best sources of this nutrient. Spinach, turnip greens, bok choy, parsley, and romaine lettuce are excellent folate sources. Other vegetables like asparagus, cauliflower, broccoli and beets are also high in folates.

Decreased MTHFR efficiency also increase your need for choline. Choline is known to help compensate for the lack of folate in the methylation cycle. Good sources of choline include egg yolks, beef liver, and shitake mushrooms.

Unlock The Secrets In Your DNA

Whatever MTHFR polymorphisms you have ended up with, you can ensure that it’s impact is minimized with the right nutrition. The trick is to understand that it exists and act on it. Gini’s DNA test is packed with value if you are looking for one. Once you’re in the know, you can easily plan for it and target the right kind of foods, not just incorporating your MTHFR risk but also a majority of your other highly probable health risks. 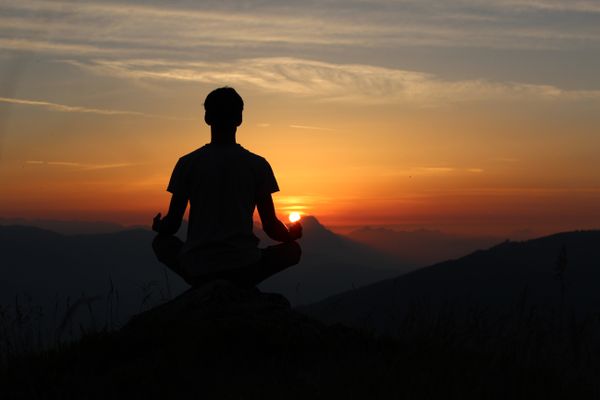 Meditation has a lot of scientifically validated long terms benefits. What are these benefits? Where does the latest research stand on this? Also read about how can you create a holistic plan for your health combining meditation techniques with the information in your genes. 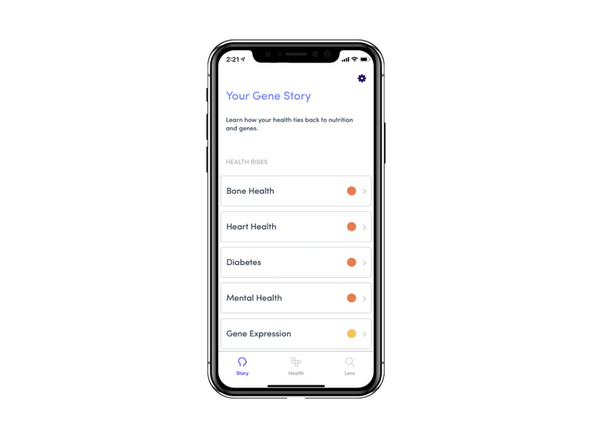 Learn about Gini Stories and how you can interpret your reports.